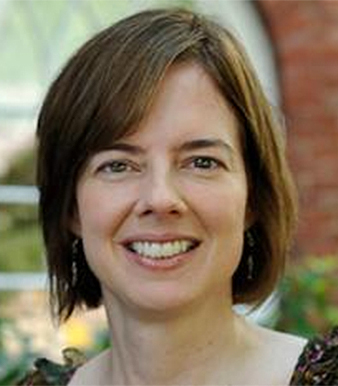 Julie Dorsey is a professor of Computer Science at Yale University, where she teaches computer graphics. She came to Yale in 2002 from MIT, where she held tenured appointments in both the Department of Electrical Engineering and Computer Science (EECS) and the School of Architecture. She received undergraduate degrees in architecture and graduate degrees in computer science from Cornell University. Her research interests include photorealistic image synthesis, material and texture models, and sketch-based modeling.  Her current and recent professional activities include service as the Editor-and-Chief of ACM Transactions on Graphics (2012-15) and membership on the editorial boards of Foundations and Trends in Computer Graphics and Vision, Computers and Graphics, and IEEE Transactions on Visualization and Computer Graphics. She has received several professional awards, including MIT’s Edgerton Faculty Achievement Award, a National Science Foundation Career Award, an Alfred P. Sloan Foundation Research Fellowship, along with fellowships from the Whitney Humanities Center at Yale and the Radcliffe Institute at Harvard. She is co-author of Digital Modeling of Material Appearance and the founder of Mental Canvas, a software company that is developing a new type of interactive graphical media and a system to design this form of media.