During this workshop participants learn how to address advanced research questions in architectural geometry and structural design through computation. On the first day, we will set up a development environment for scientific programming that will be used throughout the workshop, followed by a “scientific Python 101” and an introduction to COMPAS, an open source, Python-based framework for “computational research and collaboration in architecture, structures and digital fabrication”. The introduction covers the key concepts of the COMPAS framework and a series of representative code examples. This introduction will focus on the core of the framework, which features:

● a pure Python base with flexible datastructures, algorithms, and methods geared towards applications in architecture, engineering, and fabrication;
● geometry processing independent of CAD tools;
● interoperability with C/C++ code and libraries such as ShapeOp, libigl and Eigen;
● methods and solvers for numerical computation built around NumPy and SciPy;
● high performance computing through GPU acceleration and JIT compilation;
● plotters and viewers for two-dimensional and basic three-dimensional visualization; and
● interfaces to common CAD software and ecosystems.

The second day, is a step-by-step breakdown of the computational aspects of one of the recent projects of the Block Research Group focusing on advanced geometry processing and data management. 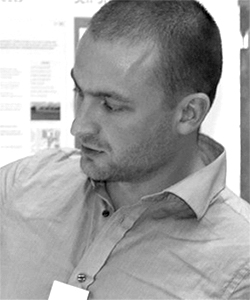 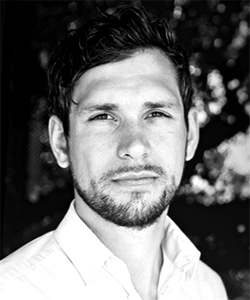 Tom Van Mele is senior researcher and co-director of the BRG, where he leads research and development since 2010. In 2008, he received his PhD from the Department of Architectural Engineering at the VUB. His current research projects include the analysis of collapse of masonry structures, engineering of flexible formwork systems for concrete shells, and the development of graphical design and analysis methods. He is the developer of the BRG’s web-based interactive teaching and learning platform, eQUILIBRIUM, and its open-source computational research framework for architecture, structures and fabrication, COMPAS.

Matthias Rippmann has been a member of the BRG since 2010, where he obtained his doctorate in 2016. Currently, he is a postdoctoral researcher, leading the BRG’s digital fabrication research in the NCCR Digital Fabrication. He conducts research in the field of structurally informed design and digital fabrication. He is the developer of the form-finding software RhinoVAULT, which offers TNA-based exploration of funicular shells. He studied architecture at the University of Stuttgart and the University of Melbourne. He worked in Stuttgart at Behnisch Architekten, LAVA, the Institute for Lightweight Structures and Conceptual Design and Werner Sobek Engineers. In 2010, he co-founded the architecture and consultancy firm Rippmann Oesterle Knauss GmbH (ROK).